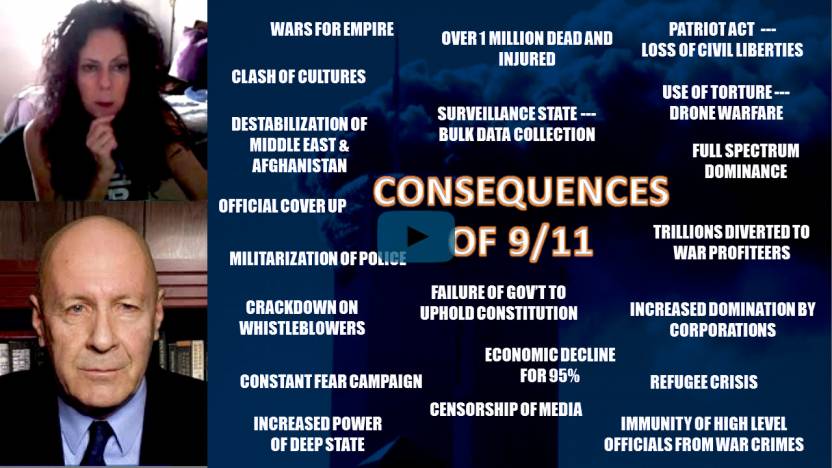 The official explanation of the events on and surrounding 9/11 has not been established in a court of law or by an objective and thorough investigation by either Congress or the 9/11 Commission. Our overall mission is to develop and implement a detailed legal strategy to achieve transparency and accountability under the law, regarding the unprosecuted crimes of 9/11.

In the aftermath of September 11, 2001, the Congress initiated the “Joint Inquiry” and the government eventually also created the 9/11 Commission to investigate and explain what had occurred. Almost immediately, and in the years thereafter, serious questions were raised about both the Joint House and Senate Intelligence Committees’ Inquiry and the 9/11 Commission’s version of the events surrounding 9/11. Many observers, including notably the families of the victims, criticized both inquiries for failing to address key questions.

The Lawyers’ Committee for 9/11 Inquiry, Inc. is a non-profit 501(c)(3) organization of lawyers, investigators, scientists and concerned citizens created to promote transparency and accountability regarding the tragic events of September 11, 2001.

For the first time ever, 9/11 family members and advocates are taking legal action against the FBI aimed at forcing the Bureau to assess and report the evidence of the World Trade Center’s explosive demolition as well as other unaddressed 9/11 evidence.
In 2015, the FBI released the final report of its 9/11 Review Commission. Congress mandated the Commission to conduct “an assessment of any evidence now known to the FBI that was not considered by the 9/11 Commission related to any factors that contributed in any manner to the terrorist attacks of September 11, 2001.”
However, the report did not include an assessment of evidence related to the WTC demolition nor an assessment of several other areas of evidence known to the FBI.
Now the Lawyers’ Committee for 9/11 Inquiry and AE911Truth need your help to advance our historic lawsuit and bring this key evidence to light.