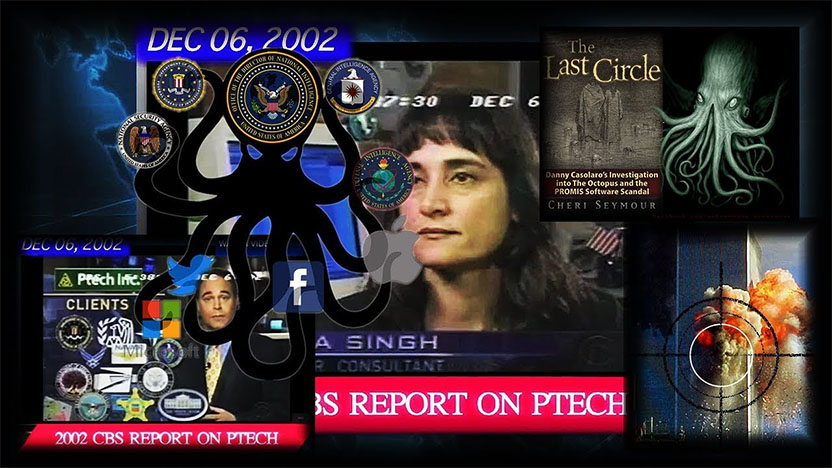 With the growing push in Congress to declassify 28 pages purportedly relating to alleged foreign state sponsorship of 9/11, now is a good time to recall and bring back discussion about the possible Massachusetts connection to such financing, as revealed in 2002 by whistleblower Indira Singh and subsequently investigated by WBZ’s former I-Team reporter, Joe Bergantino.

Please follow the below links regarding Quincy MA’s foreign-financed PTech, a small software startup company that had gained intimate access to our aviation and national defense systems in the years leading up to 9/11.

This company’s novel software had been funded by a suspected Saudi terror financier named Yasin al-Qadi. Some 9/11 researchers have speculated that PTech also had a Mossad connection, however this particular speculation has not been specifically mentioned by those in Congress who have seen the 28 pages.

Those who have read the classified pages have not mentioned Ptech either. They have said only that the pages may “embarrass” the Bush/Cheney administration and damage our relationships with certain “foreign governments.” (note the plural.)

Due to Massachusetts’ various connections to the 9/11 attacks, which featured the only known government official to resign in their aftermath, we have a special responsibility to help Congressmen Stephen Lynch and Jim McGovern find other H.R.428 co-sponsors within the MA delegation. Please encourage folks to call their congressional reps and ask them to join Reps Lynch and McGovern in declassifying the 28 pages. President Obama should be required to keep his promise to the 9/11 families.