An Evening with James Douglass, Author of "JFK and the Unspeakable" 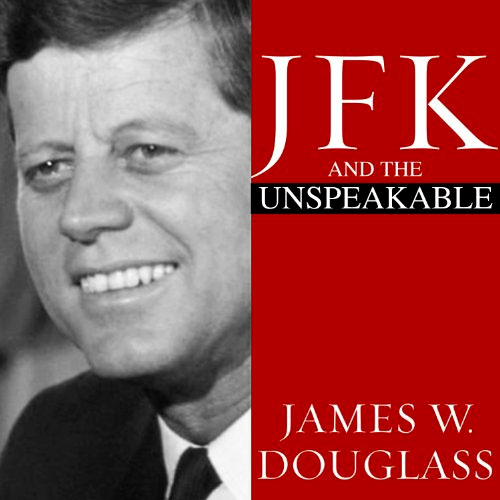 James Douglass, author of “JFK and the Unspeakable: Why He Died and Why It Matters”, (2008), will be on a speaking tour in the New England area. James’ book is perhaps the best and most important book ever written on the JFK assassination, and is superbly documented. James is a Catholic theologian, a co-founder of Religious Leaders for 9/11 Truth (), and a lifelong antiwar and nuclear disarmament activist.

James presents motive and circumstantial evidence aplenty, all excellently and extensively documented, that the CIA and the Pentagon were the primary interest groups and executioners of JFK, the president who turned from cold warrior to peacemaker. Other heavy industrial interests are implicated as well. The same interest groups that executed this 1963 coup have formed the “deep politics” “shadow government” ever since, attacked the US on 9/11, and hold the US and the world hostage to this day. Hence, the topic of James’ talk, “JFK, Obama, and the Unspeakable.” Our country and the world is in basically the same situation today as it was in 1963, and the same interest groups (with larger representation today from international finance) hold the same “deep politic” power. Those who have eyes, let them see; those who have ears, let them hear.

James and his wife Shelley were co-founders of the Ground Zero Center for Nonviolent Action in 1977, inspired by opposition to the Trident Nuclear Submarine Base near Seattle, Wash.; and, of Mary’s House, a Catholic Worker hospitality house in downtown Birmingham, Alabama. 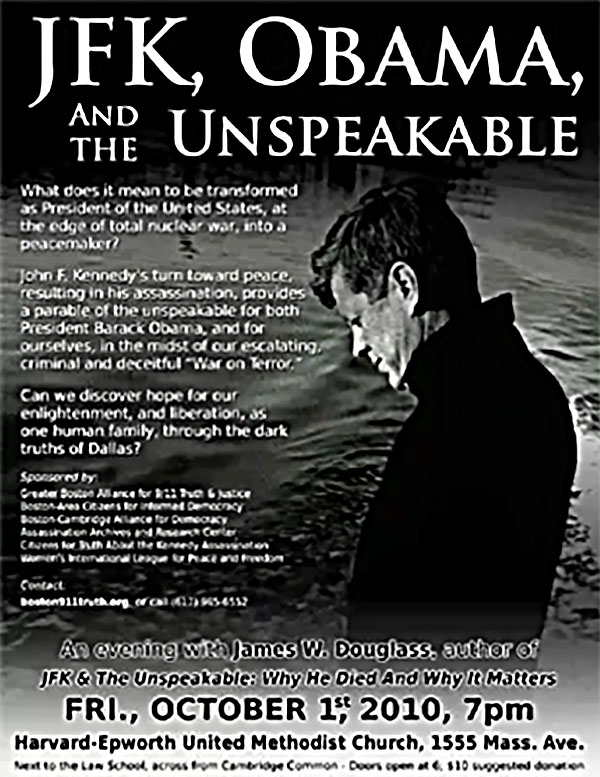